Wilson Through The Ages

Although Wilson didn't appear in OUR lives until 2014, it seems he has been around for some time. Quite a long time in fact.

Research into his origins has revealed some startling information. Rather than being a relatively recent little ball of joy, it is apparent that he has been having lots and lots of fun over many many years.

It seems that Wilson has the ability to survive just about whatever comes his way, outliving us mortals decade after decade, era after era and millennia after millennia.

This photo is the earliest known record of Wilson. Penned Wilson neanderthalis bouncy-bouncycus  by scientists who made this phenomenal discovery, it clearly shows an early human attempt at capturing the spirit and energy of our rotund little Chum as he must have appeared to them at the dawn of time. 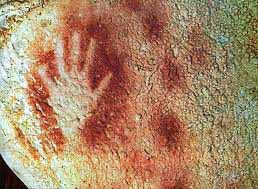 Wilson neanderthalis bouncy-bouncycus
Sceptics have questioned the authenticity of this image, many suggesting it is fake. However, exhaustive carbon dating tests carried out at the site of the finding, still a secret location somewhere in modern day Cholmondeley (click  Cholmondeley for a friendly pronounciation guide) prove conclusively that Wilson was indeed entertaining the early hominids between 3.9 and 2.9 Million years ago.

Further evidence of Wilson's continuous presence throughout man's brief time on earth has been found all over the world as can be seen in these photo's from The Wilsonian Institue in Washington D.C.: 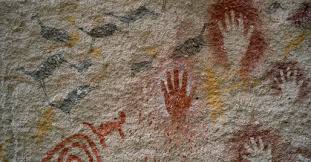 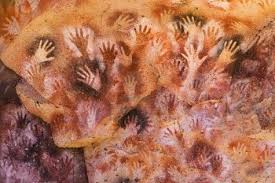 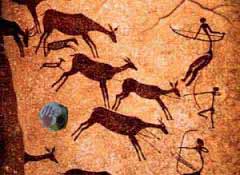 Picture #1     Early attempts at Wilson's trademark red hand print. (Ethiopia).
Picture #2     Dubbed "The Wilson Hand Party Frenzy", this cave painting clearly shows the evolution of the round shape of Wilson. (Kenya).
Picture #3     Considered by many to be the piece de resistance, this cave painting gives the first accurate portrayal of early man fighting off pitch invading beasts that have disturbed their knock around with Wilson. (Uganda).
One can only imagine what life must have been like in those pre-internet days. An artist's impression gives us a good idea: 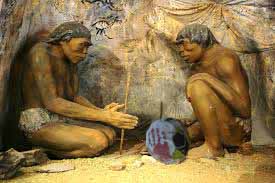 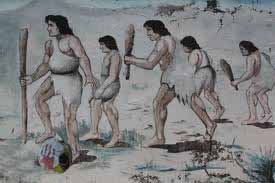 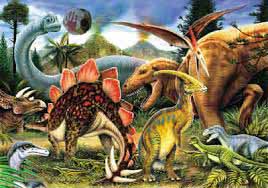 Picture #1     Anthropologists think that Wilson was included in family activities, being accepted as part of the group was a means of survival. This artist has captured the concentration of Wilson very well here. The depiction of making a fire is oddly reminiscent of another Wilson adventure.
Picture #2    A social  life was important for Wilson. Going clubbing, for example, was always a welcome break from the monotony.
Picture #3     Although not accepted by all scientists, the demise of the Dinosaurs was thought to be brought on by a particularly boisterous game of Murderball.

Wilson disappears for a considerable time after his earliest known appearance. The next breakthrough came in November 1922 by Howard Carter during his archaeological dig in The Valley of the King's, Egypt. Gaining financial backing from Lord Carnarvon under the pretence of looking for the tomb of a boy pharaoh, Carter was secretly seeking proof of the existence of the legendary football.

Despite several fruitless years of searching in the Valley, Carter was confident he would be successful. On 4th November 1922, Carter's dreams came true. In the presence of Carnarvon, Carter made a "tiny breach in the top left hand corner" of the doorway to a sealed tomb. As Carter peered in with his Poundland mini maglite torch, Carnarvon asked, "Can you see anything?"

On the ground were dozens of sacrificial golden Wilson's, buried with their master in the ancient Egyptian belief that footy would be played in the afterlife. The hieroglyphics etched into the surrounding walls told their own story. 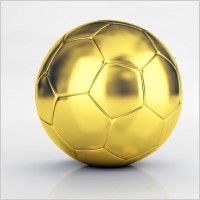 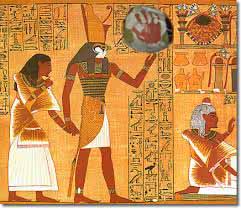 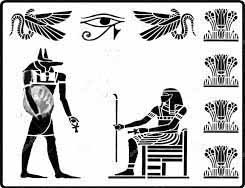 Picture #1    One of Howard Carter's "wonderful balls".
Picture #3     Horus, the Egyptian solar falcon god, trying to impress a bit of skirt with his Wilson spinning skills.
Picture #3     Anubis, the Egyptian god of the dead. Anubis greeted souls in the underworld holding a child's giant dummy in his left hand and Wilson tucked under his right arm.

Whilst researching the history of Wilson, a bloke in the pub reliably informed us that, allegedly, the classic TV show "Quantum Leap" was inspired by the legend of Wilson. Although this cannot be verified, it is clear that Wilson chooses to grace us with his presence wherever he wants and whenever he wants. Perhaps his goal in life is to spread good will and Chumliness amongst us? These images from the Christmas truce of 1914 may hold testament to that: 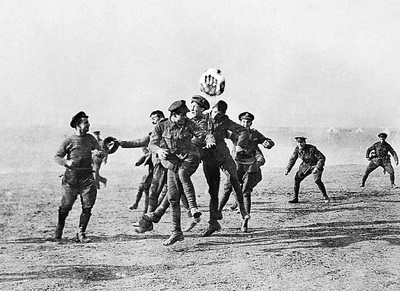 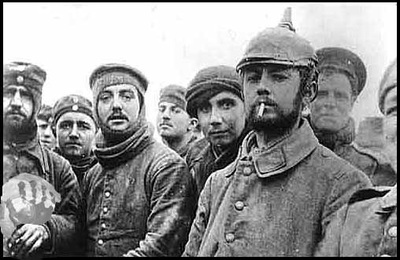 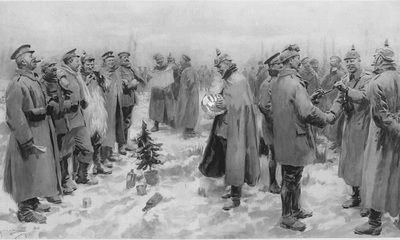 Picture #1     The pre match warm up.
Picture #2     Just visible in this shot, Wilson sustained numerous injuries from the German headers.
Picture #3     Although seen here in the hands of The Hun, Wilson would soon be back in English hands during his famous 1966 appearance.

The following startling photographs, smuggled out of Area 51, are the ORIGINAL images BEFORE the manipulation and removal of any trace of Wilson. In the forthcoming biography "Wilson: Long Bounce to Freedom",  chapter ten is devoted to the many conspiracy theories surrounding the authorities' refusal to believe in Wilson's comings and goings through time.


We rang the F.B.I. for comment but nobody answered the phone. 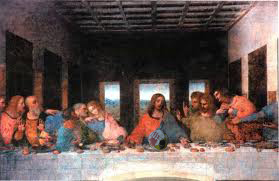 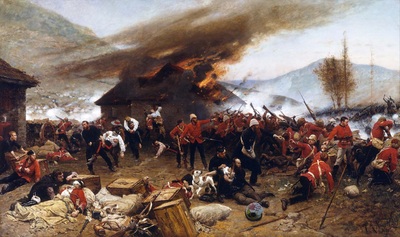 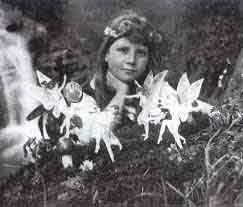 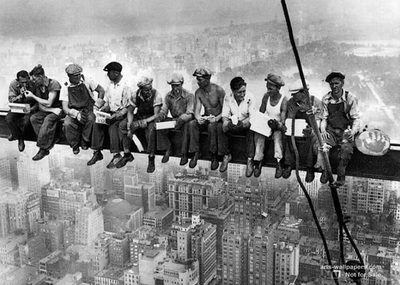 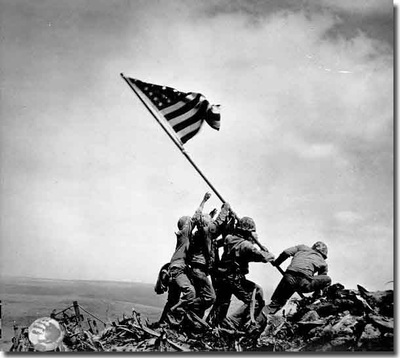 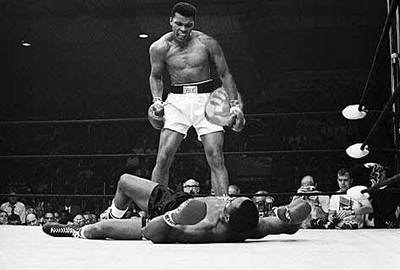 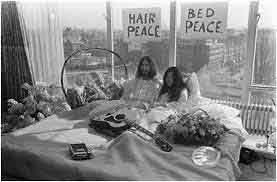 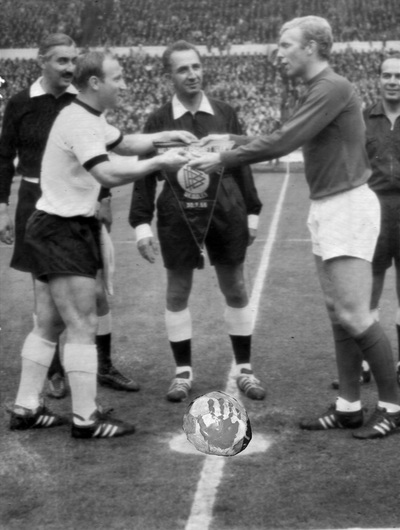 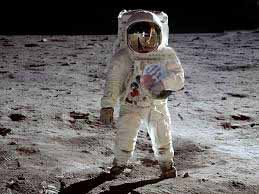 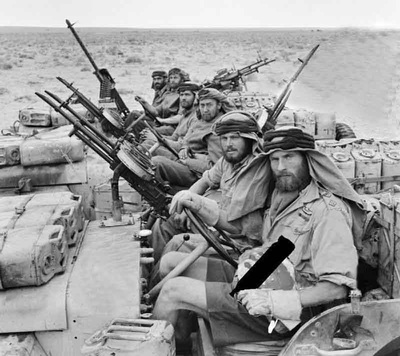 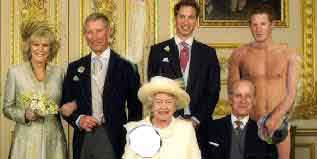 Picture #1     At almost 70 metres in length, this small segment of The Bayeux Tapestry acknowledges Wilson's presence up to and including The Battle of Hastings
Picture #2     As a child, Leonardo da Vinci was always being scolded by his mother for playing football. His love of the game, it seems,  never left him.
Picture #3     During the occasional lulls in the Zulu attack on Rorke's Drift, Wilson kept up the morale of the brave British troops by engaging them in games of "keepy uppy".
Picture #4     The first of five photograph's taken by Elsie Wright, shows Francis Griffiths with fairies during a volleyball match with a mini Wilson. Cottingley, circa 1917.
Picture #5     Tough construction workers considered it a privilege to be seated next to Wilson whilst having their bait.
Picture #6     After an embarassing first attempt when a miopic soldier pierced Wilson with the pole, the flag at Iwo Jima was eventually raised.
Picture #7     After helping defeat Sonny Liston in 1965, Wilson briefly considered changing his name to Cassius. Thankfully, he came to his senses (unlike Liston).
Picture #8     Moments before this photo was taken, a third window poster "Wilson Peace" fluttered unnoticed to the bedroom floor. Amsterdam Hilton (Room902), March 25th 1969.
Picture #9     Had it not been for the keen nose of Pickles the dog, Wilson may never have made it to this game.
Picture #10     Recordings of Armstrong's famous words from the moon state: "It's one small step for a man, one giant bounce for a ball".
Picture #11     Sometimes, it's best not to mention where Wilson has been.
Picture #12     The photograph "they" didn't want released.
Back to Wilson's World
Powered by