New Video : It's been a  while since we had a video so to encourage people to visit the site (and then to vote) I have knocked up this one. It chronicles a shameful night in August when we had all had quite a lot to drink and thought we could take over a local pub, be boisterous, crass and sing and dance to what ever we wanted....
A Shameful Night In August.

A year in Two minutes and Fifty-seven seconds


I showed this to some of the Chums last night and thought it deserved a proper viewing. It's an unfinished video that I stopped working on when a certain chum went out into the cold. I don't use the software that I used now so it will remain 'as is' - still it is funny.
'Coming Soon'

Will we ever do this? We came close on New Year's Eve.

This is the reason I didnt make it to that Friday club. Watch it just for for no other reason than to see Jason speaking in tongues at the end. The pub we were in was the Crown and I still don't know how we didn't get asked to leave....Chillies baby!
'Dancing Dave video'

Alex made the model and I mashed them with a bit of Numa Numa and so got to make The Hulk dance to my tune.

I have avoided all the obvious videos here; they are all on You Tube so there's no point. I will upload videos that are rare or to inspire conversation either in the pub or the comments page, but which also I think symbolize what the spirit of Chum-ness is all about.... Or they might just be rude ones.

Thought I'd put this advert on the site for a wee while.

Ignore the cat. I just love the expressive face of the kid. She seems to mime to Starship with an intensity and feeling that adults can only manage to do with a lot of beer on board.

BTW have a go uploading a picture to star in the clip yourself. 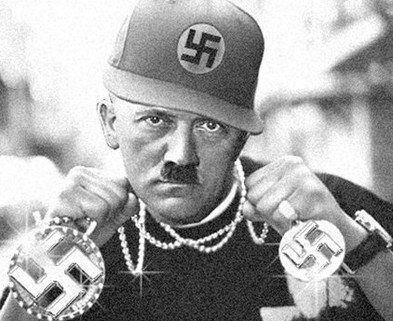 Hitler Drank Down Botchergate. Click here For Proof.
A clip sooo full of sexual innuendo made by the Rainbow cast. Nicky posted the link to this on their page a while ago, but I don't think many people realized it was there (myself included). I have put the video up for easiness sake here.
Pub Carlsberg (Cinéma) - Koreus
An emotionally powerful video from Johnny Cash which oddly enough seems to profoundly affect Chums far more than Chuminas. I defy any man to watch this without getting a lump in his throat and a manly tear in his eye.

Just in case you don't know the back-story which gives it even greater poignancy; this was Cash’s last video before he died and he did it ‘warts and all’. He knows he’s dying and is looking back over his life. His wife who appears in the video looking upset and concerned about him actually died just before he did.