Slightly later than I had hoped here are some pictures of 'Southern' Ian.

As his birthday approached the Chums decided that as he was always lamenting the loss of his hair we would club together and buy the most expensive Toupee that money could buy. When we sent off the money we were assured the 'Barnet' would be 'lifelike and undetectable, even under the most rigorous examination'.

Mebby we should have spent a little bit more... 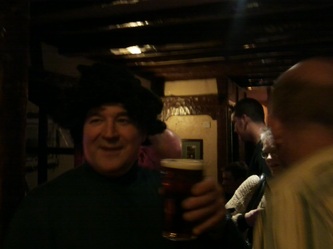 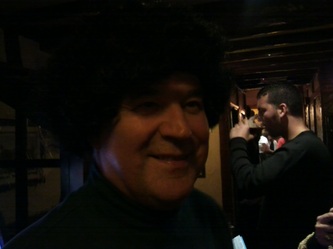 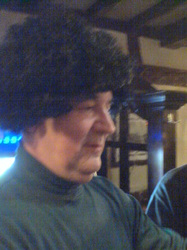 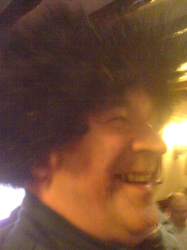 For the rest of the night (for  obvious reasons) he became known as 'Scouse' Ian.

Happy Birthday Chum, from the Chums!
Powered by