I'm sure most of you are aware of the underground band Klamhydia (not to be confused with the 80's band from Finland). For those that aren't I thought it would be a jolly nice idea to - like the BBC, 'inform, educate and entertain' the uncultured masses on this most excellent of rock N Roll survivors.

Although primarily an underground band they have over the past 30 years been at the forefront of many of the rock sub-genres, have had a countless number of line-up changes and created a sizable back catalogue of material..

I have been looking through some of my old vinyl records and came across a few from Klahmydia. I thought they should be put on the site to bring back a few memories. I have only put up the 'classics' and will put others up when I get round to it. 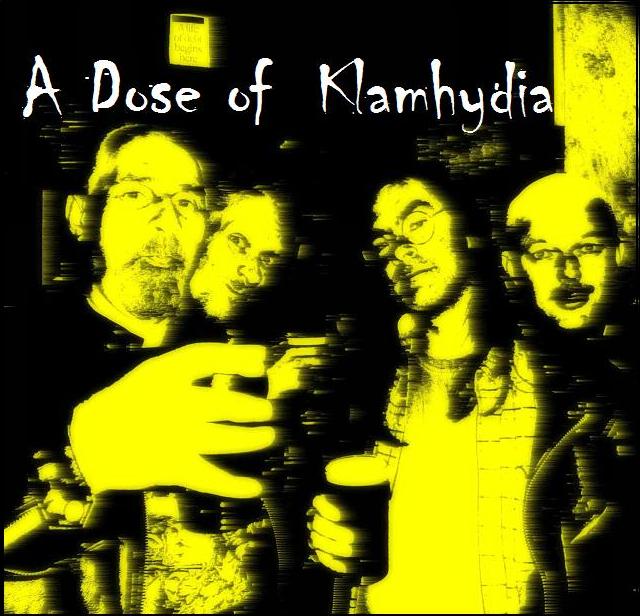 'A Dose of Klahmydia' (1977): Their debut album. More punk than anything really, and considered ground breaking in its day.

'Trachomatis' (1978) slightly more rock based but still firmly in the punk tradition. Very much in the spirit of early Motorhead or Rose Tattoo. 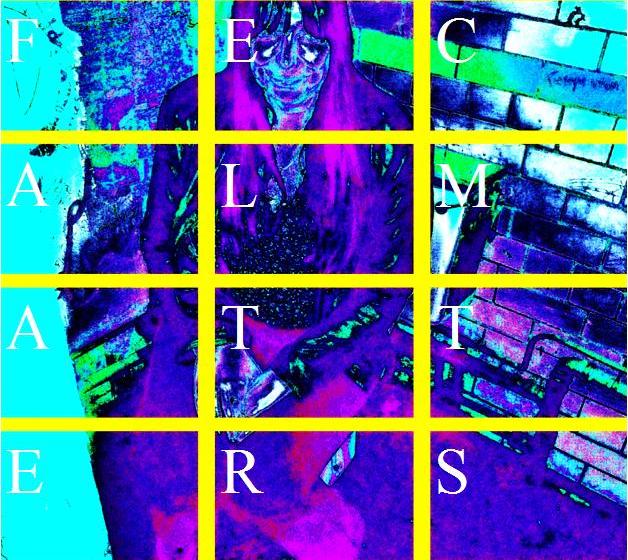 'Fecal Matters' (1981) after a gap of over two years this long awaited album received only lukewarm praise from the rock press. Still one of my favorites however. Penny Silling appears on it for the first time and then took up with Dwight Discharge and we all know the unfortunate story of how that sadly ended. I think that's her on the cover. . 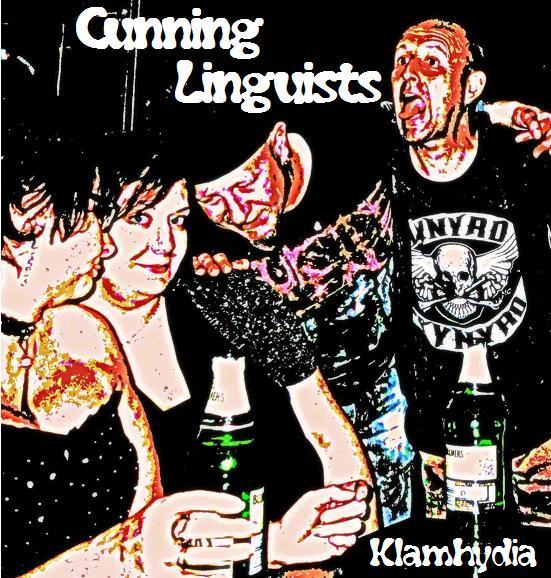 Thanks to ITT for this album that I didn't know existed. As he says... ‘Thought by many to be the bands most aurally pleasing offering with song titles that rolled off the tongue like 'Her Peas & Gravy', 'On My Chin' & 'Cold, Sore & Red'. It was produced by Dick Rubbin (Rubbin also spilled his creative juices on the 'Unprotected' series of albums by veteran Country artist Johnny Less & also much later the revival of careers by 70's crooner Neil Downe and Take That)’. 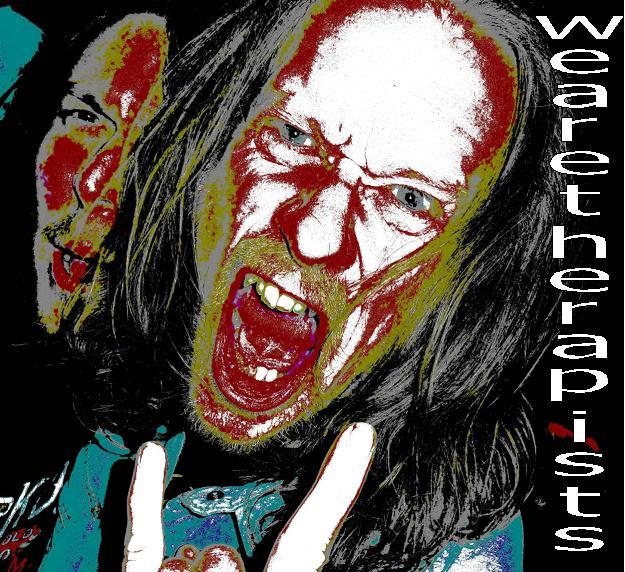 'Wearetherapists' (1983): A controversial album, not least for its double-meaning title. I believe it is still banned in Ireland 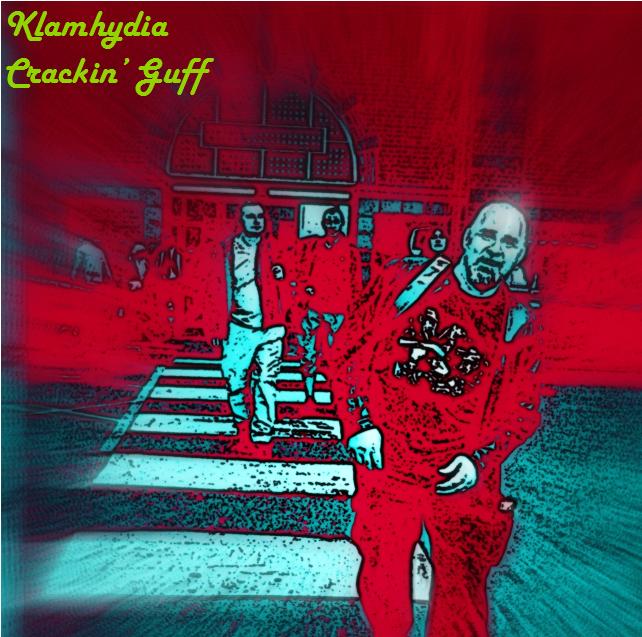 Crackin' Guff (1985): A surprisingly sentimental offering from the band. Notable for the combination of power ballad big sound, heavy-metal riffs but with a New Romantic twist. Dwight Discharge, as can be seen on the cover, was at last out of the clinic but is only credited with appearing on four of the twelve songs. 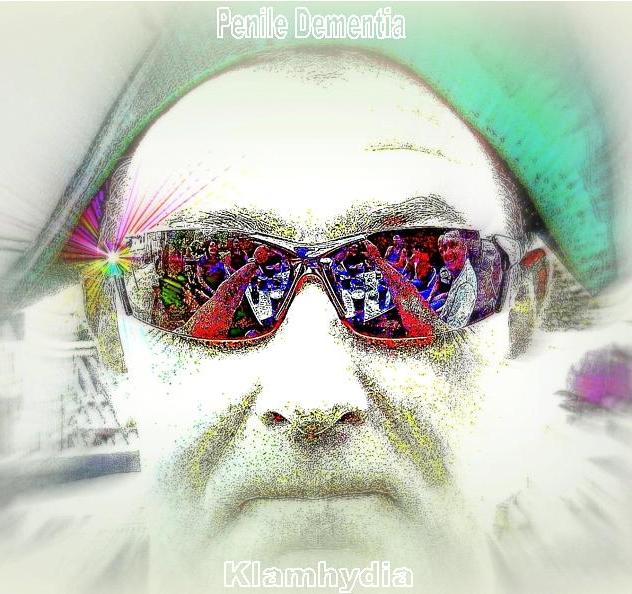 Penile Dementia (1986): Originally titled Penile Dementia - A retrospective'. This marked a radical departure for the band, losing much of it's 'balls to the wall' approach to music. It also saw Rob Nott take a back-seat in writing. It contains a couple of tracks that seem somehow incomplete. 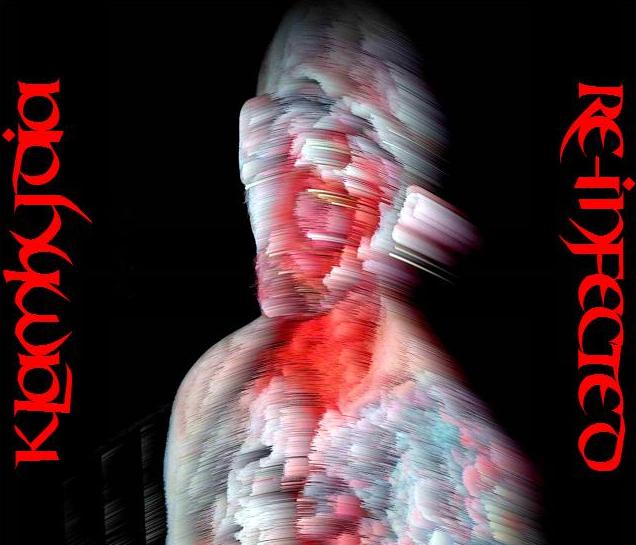 Re-infected
No Sleep 'til Klapham (Live) 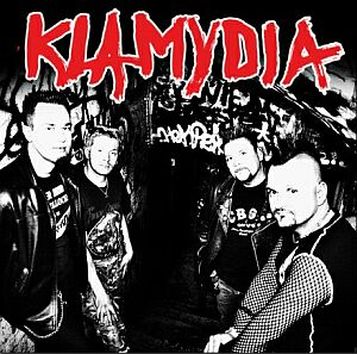 Klamydia -Not to be confused with the real deal
Powered by