Home of my favourite mammal, the Eurasian Otter (Lutra lutra).

Lutra from the Latin lytra (otter)

Holts are underground dens often found along riverbanks and around tree roots. Otters may have several holts within their territory which they use to take shelter, hide from danger and raise their young (pups).

I became slightly obsessed with otters in the summer of 2013. I quit my job and went to Scotland searching for them in a vain attempt to capture them on camera.

This picture is my first sighting, and photograph, of an otter in the wild. 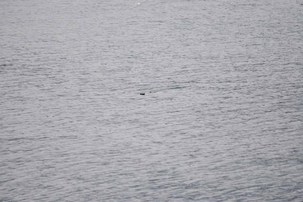 This was as close as the animal would come to me. Over the next two weeks, I would see the occasional otter but could never get close enough to get a decent image of one. They were always one step ahead of me. Picking up on my scent, shape or movement.

It became a personal challenge to outdo an animal in its own environment.

Researching the otters lifestyle and habitats, the Ardnamurchan Peninsula seemed to be a bit of a hotspot to find them. Arriving there and setting up my tent, I did everything the book advised. Not washing, not using deodorant, keeping downwind, getting up before sunrise, searching at dusk, all to no avail.

Eventually, after almost three weeks of living this routine and not having any success in getting my photographs, I decided it was time to pack up and go home. I shaved and washed, plastered myself in deodorant and felt human again. Sitting having a wake up coffee at 5am, waiting for the sun to rise and wearing the least of my grubbiest clothes for the journey home, it happened…

An otter surfaced about 100m from where I was sitting. Scrambling down the rocks towards the Loch, I slowly edged nearer to where it was hunting. Lying down in a rock pool, camera poised, I held my breath and squeezed the shutter button as the cheeky little chap climbed onto a skerry right in front of me.

He occasionally looked in my direction, perhaps hearing the click of my camera, but it never picked up on me.

In the short time the otter stayed, I managed to get these photo’s:

Whilst doing a spot of wild camping around some Scottish Islands during the Summer of 2014, I discovered a skerry along an area of coastline on Islay, where an otter seemed to like climbing onto on a fairly regular basis.

I'd observed him for two days at some distance until, eventually, I got myself into position early one morning and waited patiently to see if he would come swimming by.  After 12 hours waiting, otters being otters, doing whatever they want, when they want, where they want, I didn't see anything remotely ottery.  Sitting in one position for 12 hours sounds tedious, however, it is the possibility that you will see something  that keeps me focused.

8 am the next morning, I got into the same position and prepared for another long wait.  This time, the otter had a different agenda than the previous day and turned up about two hours later. Whether this is the same otter that had been visiting, I have no idea. I like to think it was though. 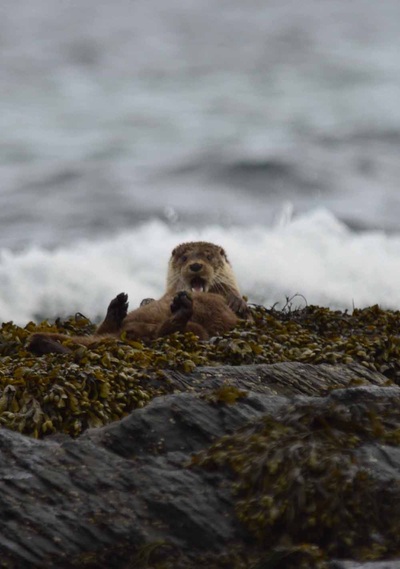 Otters consume mainly fish but many people think that they eat plants and berries. They are definitely meat eaters. 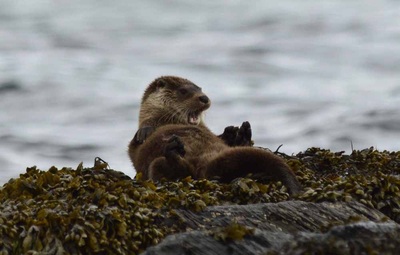 Male Otters are called boars or dogs, females are sows, and the offspring are pups 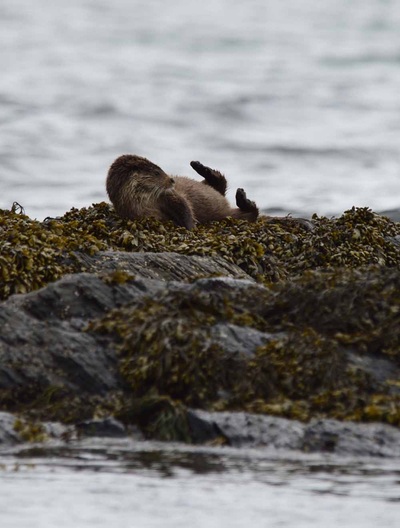 Otters spend the majority of their time on land but many people assume that they spend it in the water. The exception is the Sea Otter which does spend almost all of its time in the water. 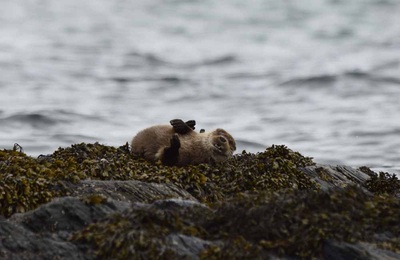 There are 13 different species of Otters found in the world. There is evidence that they have been around for more than 5 million years. 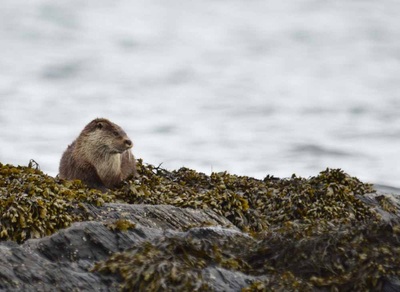 Antarctica and Australia are the only two places in the world where they aren’t found. While they tend to live in the cooler waters, they have been known to reside where the water is warmer and the land is sandy. 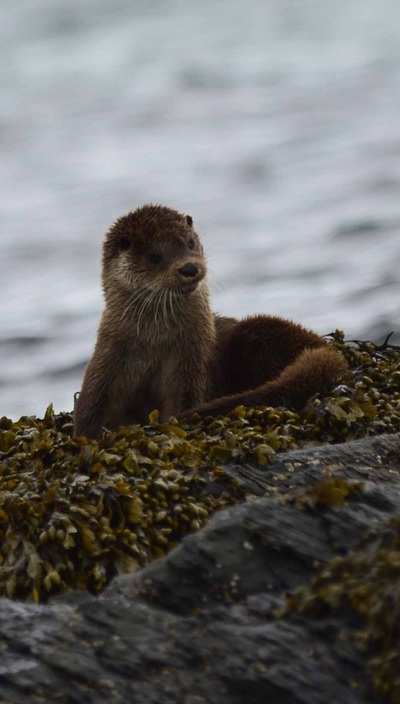 Otters are very closely related to badgers, ferrets and mink. They aren’t related to the beaver but they are often mistaken for them. They are also distant cousins of the skunk. 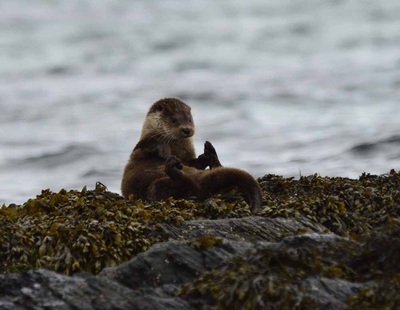 An Otter can remain under water for up to 4 minutes. They can also dive up to 300 feet in search of food. 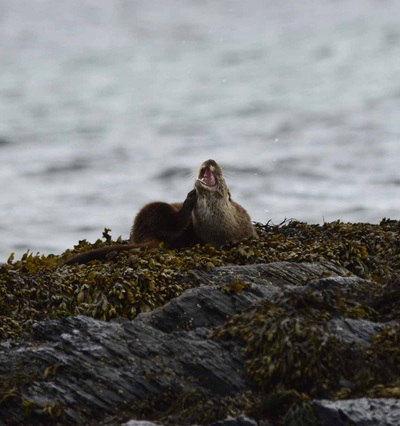 They are the only known marine animals that don’t have blubber. They have their fur instead to keep them warm. 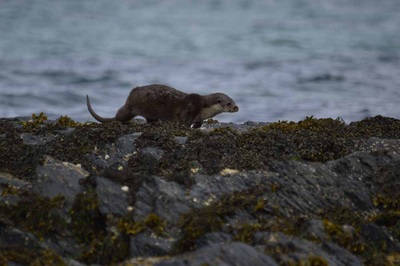 The average life span for an Otter is 10 years. That can double though with one in captivity

Otto and his sibling were born on the island of Tiree. Tragically, their Mother was killed by a car. The young cubs were discovered by a good samaritan,  very undernourished and huddling in a roadside wall seeking refuge,  Sadly, one of the cubs was so weak it died. The second cub was taken to a wildlife lover, Allan McKechnie,  on the neighbouring island of Coll.

Allan made plans to nurse the cub back to health. Happilly, he succeeded and the newly christened "Otto" became a full time resident on Coll.

Although very much a 100% wild otter, Otto still chooses to visit Allan on occasion. I took the opportunity of catching up with Allan at his cottage by the sea in Coll to chat about his experiences with Otto, wildlife, photography and  life in general. Allan told me that he hadn't seen Otto for quite a while, a sign that he was getting more independant.

As luck would have it, Otto actually decided to drop by while I was there. Not tame in any sense of the word, this otter chose to be in the company of us.  Like a scene from some Disney movie,  the three of us walked down to the nearby beach together. All the time Otto kept close to Allan, not really trusting me or venturing too near, except on one occasion. Whilst sitting on the beach watching the antics of this animal, Otto, for some ottery reason, decided he wanted to check me out. Running over to where I was, he reared up on his hind legs, touched my left shoulder with his right paw and leant in close to my face. He sniffed me for a few seconds, decided I needed a shower, let out a little squeek  then hopped down and scurried to my wellington clad feet where he had a good old nibble at my boot.  An unforgettable experience for me.

I returned to see Allan a few days later. Otto was spending even longer periods of time away.  As a male (dog) otter, hopefully he will find a female and help increase  the population of these beautiful animals on Coll.

This is Otto, recognisable by a small scar on his face where another dog otter attacked him:

More about Otto
Powered by