I have a dream and I need your help

This particular wee project has been shelved for the duration of winter. Watch this space for details of when we will be doing in in the new year.

I first came across this picture in 1985. I was working for the Carlisle Archaeological Unit as an Archaeological Cartographer helping to record all the historical sites of North Cumbria. We had a photographer working for us who, in the first week of being there to test his darkroom facilities, found an old negative and printed a copy. It was this picture: Rosemary Lane in 1905 showing presumably some of the regulars of the King’s Head. You can clearly see the window that's still there, which now looks onto the lane and bookshop, below the lamp. 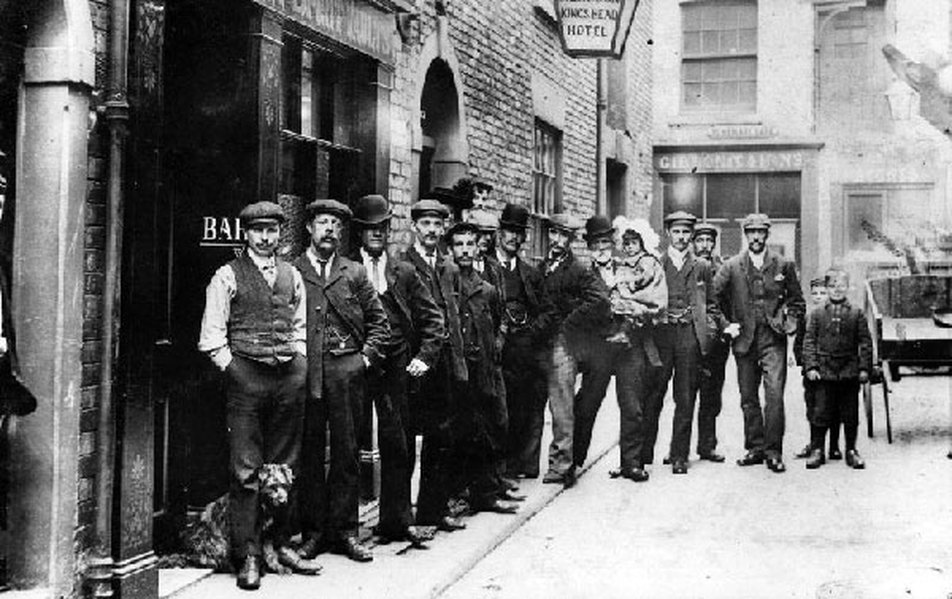 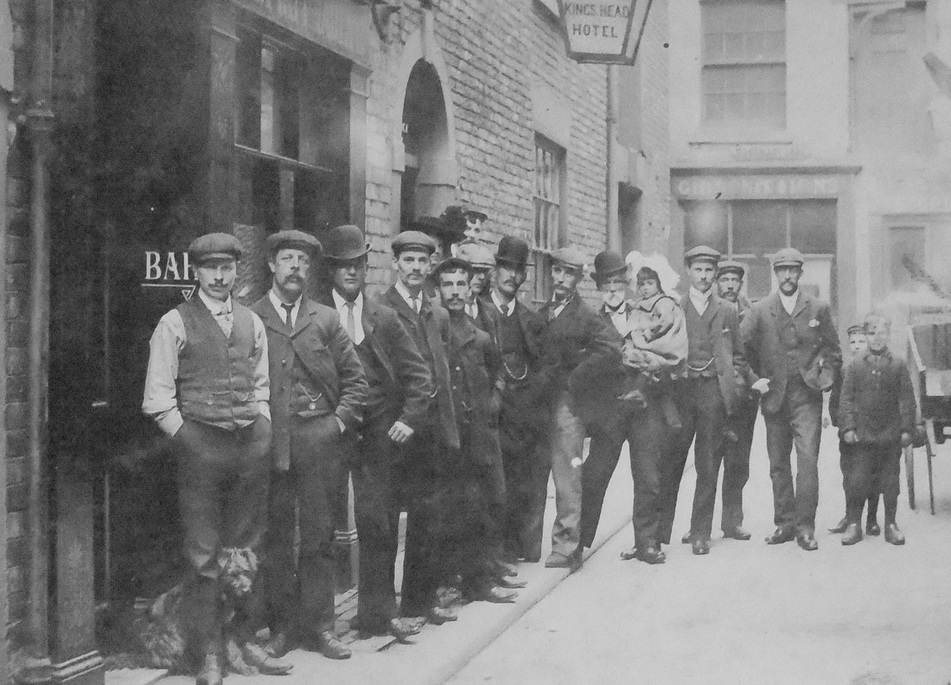 This is a better quality version below, but cropped a bit 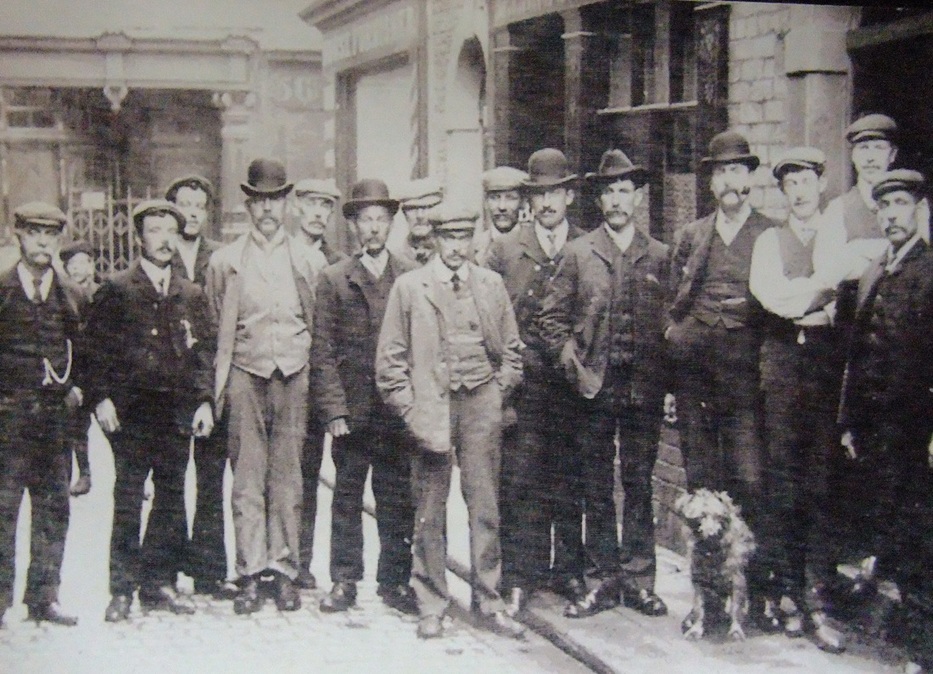 Since i wrote this i was absolutely bowled over when John (soon to be Ripper) gave me a copy of the above pic. It is obviously taken at the same time (some people -and the pooch- appear in both) and i had absolutely no idea it existed. Thanks ripper!.

One of the team, John ‘The Radical Scum-Buster’, drew over the first four or five figures and turned them into caricatures of each of the team. I was third from the front, the one with the bowler, and wore a denim cut-off, tootle scarf and an Afghan Coat –classy, eh? As new workers came the picture was added to and soon most of the main characters in shot had been ‘updated’.

The picture had pride of place in the office and when the survey finished in 1987 I nicked it.

I didn’t really start to drink regularly in the Napper until the late 80’s and then often thought about the picture and the people in it. It then appeared in a book called ‘Carlisle in Camera’ around this time, which I bought.

I can’t remember when I first thought about re-creating it but it must be going on 20 years now. I never got round to it, as there never seemed to be enough like-minded individuals drinking there who I could persuade to do it, but to do it PROPERLY.

Then the Chums came along.